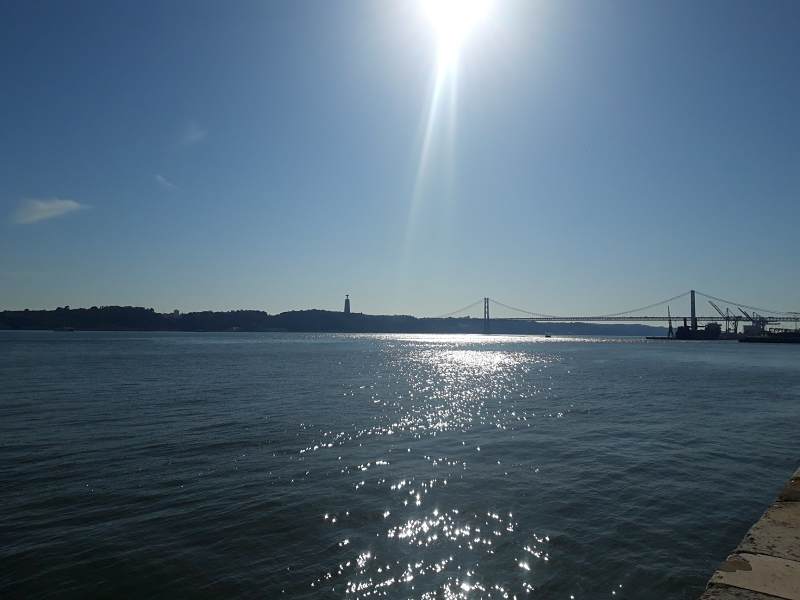 How is living in Lisbon as a slow traveler, expat and/or digital nomad? Lovely, for sure – but there is a lot to know about the city and Portugal overall. I spent almost three months living in Lisbon. For me as a Swede, the city was the perfect balance between being different enough to be exciting and similar enough to feel comfortable.

The Lisbon stay was part of a larger digital nomad journey through South East Asia and some of Europe. We arrived just in time for celebrating the 2019-2020 new years, after a short, magic visit one-year earlier. But would that magic stick in the long run? There was a only one way to find out, and we were lucky enough to find an apartment in a nice area to rent for a four-month period, pushing us into better climate times in native Sweden.

This, of course, got cut short by the corona epidemic, but that’s a whole other story. Almost three months were spent in the Estefania area in Lisbon, thoroughly enjoying the sights, people and vibe of the city. Spoiler: living in Lisbon is really awesome in most ways, and we would like to return.

Advantages and downsides – for the fast readers

Since I’m supposed to be a copywriter and all, my texts should be for all kinds of readers. And some of you just want to take in the information and get out as fast as you can. So here’s the advantages and downsides to Lisbon life. I’ll get into the depths of all these aspects further down, of course.

Cities and places for me are a lot about the visual stuff, and Lisbon definitely delivers. From steep, sharp alleys to ocean side walks and old castles, the city really has it all. There is a lot of soul, and it’s easy to get infected by the vibe.

The classic tourist areas like Alfama, Rossio and Bairro Alto have a lot of beauty, but there are so many other places to explore for visual candy. So much that, in fact, I barely got started in my three months in Lisbon.

Sights around the city

It feels like every small area in Lisbon has its own theme and vibe, and I’ve spent so many hours walking around the city. There are a lot of challenging up-and-downs, but climbs aside, there’s always something interesting around the corner. Contrary to many other European capitals, this applies to more than the touristy areas.

And don’t forget about the simple day trips to amazing places like Sintra, Cascais, Setubal and Costa da Caparica. These work for multiple visits, and I never minded showing our house guests them over and over again – they’re all just amazing.

I was already getting into this, but it’s such an important factor when it comes to Lisbon. The vibe and feel of the city is just amazing – there’s just something relaxed and slightly spiritual to it. Lisbon is always a place where I feel more at ease, which really is a fantastic thing for longer stays.

When living in Lisbon, I found myself having amazing walks, just taking in different areas of the city.

Lisbon is a place to indulge – no matter if it’s native or exotic foods, cocktails or coffee. First off, the coffee kicks ass. All the small traditional places have great coffee for a small price, and there are also fancier options.

And I haven’t even mentioned the nightlife yet, which is both super-intense and quite unique. It was nuts to be able to walk into random post rock concerts and wild frat discos from the street, with no stubborn doormen, lame opening hours or extreme cover fees in sights. As a Stockholm resident, this is a dream come true.

Some personal favorites are the Indian restaurants in the Moorish district (R. do Benformoso), being both tasty and affordable. Another street I liked is R. São José, especially the fantastic traditional Portuguese food. Cantinho de São José quickly became a favorite (I hope you still work there, quirky waiter). There is so much to try – we were pretty much building a bucket list of different dishes and places to go for! 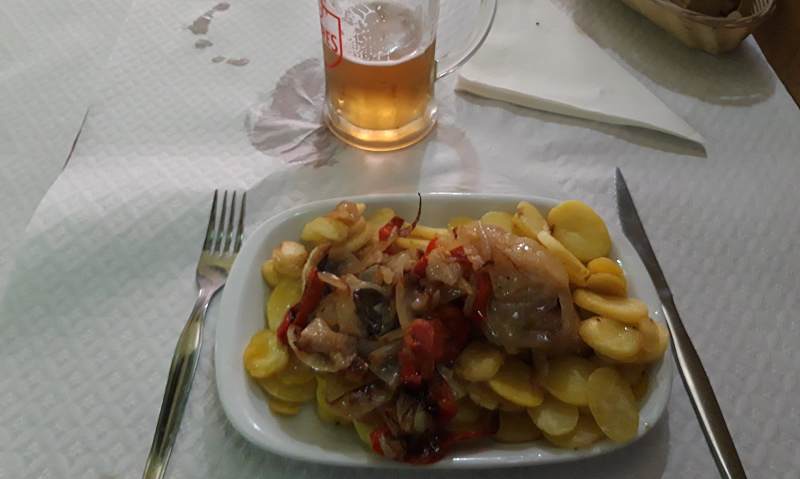 For a Swede, the passionate Portuguese people can be both exciting and a bit scary. In general, people are super-friendly, and it’s quite easy to make new friends. As an expat I mostly befriended other expats on my trip, but in Lisbon that wasn’t the case. There were a lot of random conversations, and we left Portugal with new friends and a pretty good knowledge on how people live there.

One of the main reasons why I go for living in places like Lisbon instead of my native Sweden is the climate. Oh, and this is really where Portugal excels. Granted, I haven’t been in Lisbon during the super-hot months in summer, but I do enjoy heat.

The only cold month during my stays have been January, other than that it’s been very comfortable. For reference, highs and lows in December and January are 9-15 and 8-15 °C. So don’t expect beach weather in those months, although it could occur in small doses. Do be aware about the inside climate in the apartments, though (more about that later).

Continuing the Stockholm vs. Lisbon theme, the cost of living is a big deal for me. Why? Well, prices in Lisbon are very reasonable, both compared to other South European countries and my native Sweden. When living in Lisbon as an expat, you don’t need to think twice about that dinner, coffee or beer. And that’s a freedom I really enjoy.

The apartment situation in Lisbon is very challenging, since the city got more and more popular. As a result, prices have skyrocketed, making it hard for both expats and locals to find a place to live. Sites like IMO Virtual offer apartments, but rents are high and scammers are plentiful. Airbnb options are safer, but bound to be very expensive in the long run.

The best bet is to be early and find a reliable host through a combination of patience and good timing.

And it’s not only the hunt itself that’s a downside – as I said, rents have skyrocketed, especially in comparison to the other living costs. Many people wind up shelling out 800 Euros and similar rents for attractive apartments. That may not sound as much for Swedes and Norwegians, but when accounting for the wages and costs in Portugal, it really is a lot.

Personally, we simply accepted and rolled with it, since we really wanted to try living in Lisbon. If we return, hopefully we can find a cheaper option in an acceptable area.

And the last downside is… (are you sensing a pattern?)

The third downside is yet another living situation-related one. You see, most Lisbon apartments are not well-built. Expect things like water leaks and other similar issues to occur, not to mention that many of them have extremely weak noise-isolation. I was painfully made aware of this after tormenting my neighbor with music until he told me.

The best way to avoid this is to ask questions before signing anything. It’s a very different game compared to checking out an apartment in a country like Sweden.

And the most annoying and surprising part of Lisbon apartments: there is no heating. Except to wear your jacket inside for at least some of December, January and February. This is one of the most bizarre things about living in Lisbon, and one you have to see to understand.

We saw everything from restaurant workers to hair-dressers walking around in their winter jackets inside to combat the cold, which was often worse than the one outside. I guess a couple of cold months per year means you can skip that heating, huh?

Living in Lisbon – my conclusion

I already spoiled it in the beginning, but I really loved living in Lisbon, and I hope to return once the world is fairly back to normal again after the mess that is/was 2020. The apartment situation really is the main concern, other than that I can simply say “rock on”, because it’s a fantastic city to live in in so many ways. Find that apartment and take the leap. You won’t regret it.

Other travel adventures from the blog: 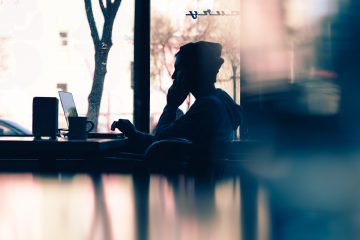 What are the most common digital nomad challenges and problems?

What are some digital nomad challenges and problems that hide behind the shiny surfare? It can’t be as good as it looks on Instagram, right? It really isn’t – only sometimes. There are many upsides Read more…