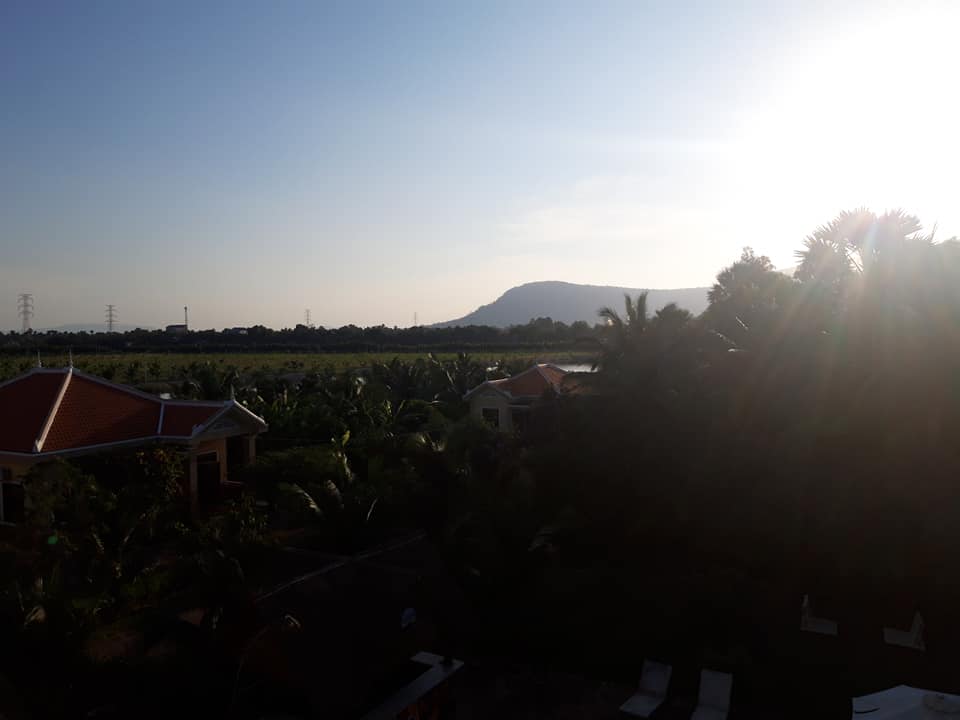 Cambodia’s Kampot is a place that’s getting more and more popular. The main reason is that previous expat hot-spot Sihanoukville is turning into a Chinese casino town.

However, the proximity to Sihanoukville is not the only thing making Kampot grow more popular. Kampot has many things that makes it draw digital nomad and expat crowd in for way longer than they intended. This is my experience from 2019.

Keep reading to know more about:

Why should you stay in Kampot as a digital nomad or expat?

Kampot is a very chill place that is also social at the same time. The surrounding area is very nice, boasting both a river running through town and some majestic mountains. It’s also very easy to get to the airports in Phnom Penh and Sihanoukville, rural position aside.

Many people that go to Kampot wind up staying much longer than planned and some remain as permanent expats. Kampot is definitely a place with a unique, relaxed charm that appeals to digital nomads and slow travellers, such as myself.

Since this is a digital nomad guide, let’s go straight for the digital nomad stuff like Wi-Fi quality. The Wi-Fi is solid in Kampot, especially considering that we’re talking about Cambodia’s countryside here. The hotels and hostels generally have a good connection, but if you want something even better you should probably seek out a co-working space.

Transport from/to and in Kampot

The easiest and most free way to get around in Kampot is by renting a motorcycle. The other option for people like me who don’t drive is going by tuk-tuk. Tuk-tuk drivers in Kampot are sneaky and often try to overcharge, making the app PassApp the best option to get around.

PassApp is basically Uber/Grab but for Cambodian tuk-tuk’s. You pay fixed prices in cash. Prices are much better than hailing a tuk-tuk (usually something like half), so the app is definitely worth getting.

Walkability – the biggest issue for me

My main beef with Kampot is that it’s not a very walkable place. There are many street dogs and plenty of them can be quite threatening. It was definitely an issue for me, as a physically active person. The ultimate solution is obviously to be comfortable driving a motorcycle.

Getting to and from Kampot is fairly easy. You can easily find cheap mini-bus transport from Phnom Penh or Sihanoukville (around 7-8 dollars in 2019). We used mini-bus between Kampot and both those desinations, and it was fine. Don’t expect to be comfortable, however, as Cambodian roads are very bad and air condition is not guaranteed. It’s very likely to get stuffy and crowded.

There are also trains going between Sihanoukville, Kampot and Phnom Penh. The trains in Cambodia just started going again, so it’s kind of a work in progress. As a result, time tables vary a lot and you have to check right before you go.

When I was in Kampot, the trains went on weekends and public holidays. Private cars exist, but they are very expensive by Cambodian standards. I was quoted 60 dollars from Sihanoukville to Kampot.

Most importantly, have big time margins when planning trips in Cambodia. You can never use distance as a guideline in Cambodia, including Kampot. The roads are in poor condition and the traffic can be overwhelming. This especially applies in and around Sihanoukville, including the airport.

A reason many people seek out Cambodia is the visa situation. It’s much easier to get a long visa compared to most other Southeast Asian countries. Most countries in the region only offer 30-day visas on arrival. When I traveled into Sihanoukville airport there were six month visas available if you payed more. The entry process was also very smooth.

Activities and sights in and around Kampot

Let’s go from digital nomad guide to travel guide for a while and check out some activities and sights around Kampot.

Kep is a quiet fishing village approximately 23 kilometers from Kampot. You can get there by motorcycle, but it’s also a common stop on tuk-tuk and taxi tours around the area. Kep is known for its many sea food restaurants. There’s also a nice island outside Kep called Rabbit Island (Koh Tonsay), which is reachable by boat. Many tuk-tuk tours to Kep combine Kep, boat trips to Rabbit Island and local pepper farms. 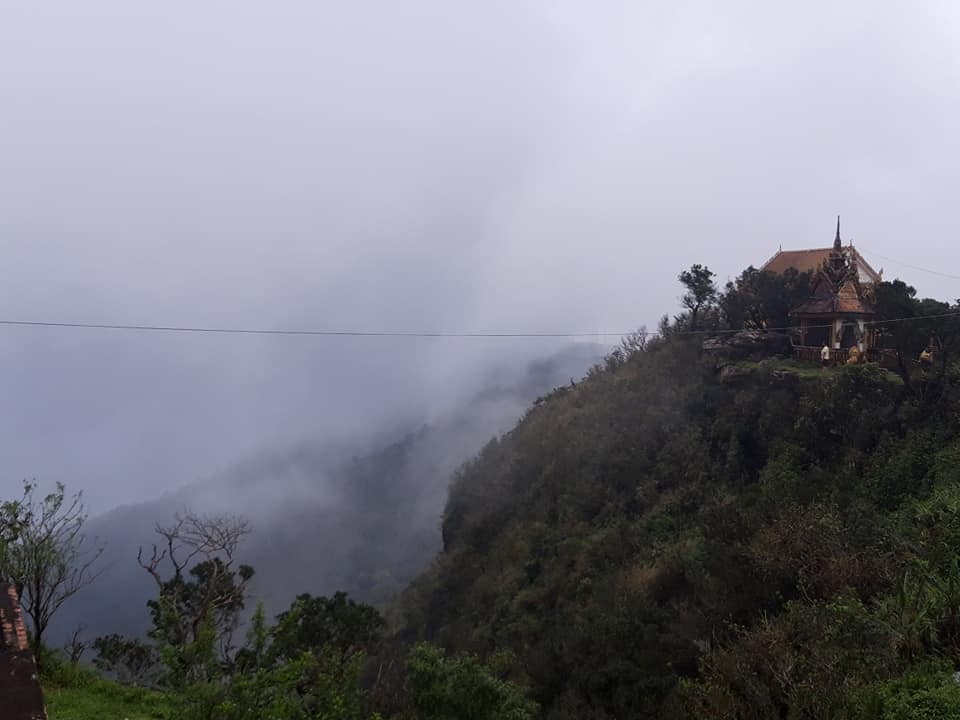 Bokor Mountain national park is very close to Kampot, and it’s certainly one of the most interesting places to visit. Most people ride their bikes, but it’s also possible to do mini-bus tours for a day around the area. The road up is an adventure in itself, as it’s pretty much a windy rally track.

On top of Bokor you can find abandoned hotel complexes, a catholic church and many other historic buildings. According to me, it’s definitely a must-go when visiting Kampot.

Kampot are famous for its countryside pepper farms. There are plenty of them and it’s a nice part of a getaway on motorcycle or tuk-tuk. Be prepared for a very bumpy ride on the rural roads around the pepper farms, especially in the rainy season.

Eating and drinking i Kampot

There are many restaurants and bars in Kampot’s central district. If you want to go premium (in Cambodia that means 7 dollars for a main dish), I really recommend the Indian restaurant Simons. There is also a Thai restaurant called Lemongrass that is the best we found in Kampot iterms of cheaper, simpler food.

If you’re looking for a combo of food and drinks, a ride to the hostel Karma Traders outside town could be a good idea. The place has theme nights including food and drink offers, and it’s a highly social place where it’s easy to make new friends.

Gym and workouts in Kampot

To me, being physically active is an important part of the digital nomad/slow travel appeal. Sadly, Kampot really doesn’t deliver here. There are no decent-quality gyms and there are very few places in town that’s good for running or longer walks. The main problem is intense traffic and street dogs. My suspicion is that someone will open a quality gym in Kampot at some point, since more and more expats are settling down.

Other cool places in Kampot

Here’s a bunch of other cool places I found while staying in Kampot in 2019. Keep in mind that Kampot can change fast, in terms of places opening, closing or changing. For instance, some of the recommendations I checked out before going were in renovation mode after flooding. 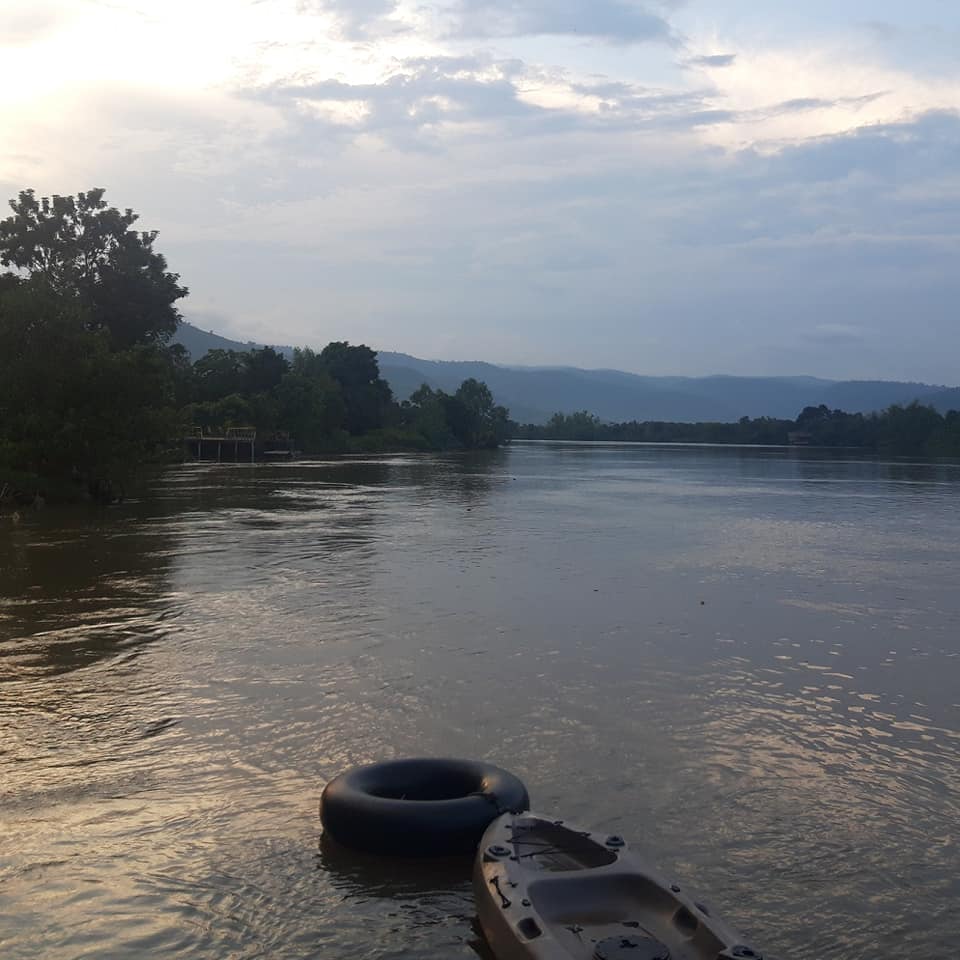 Meraki is a resort high up on the East side of the river that runs through Kampot. It’s the best option we found for a calm day by the river. A very nice spot that’s definitely worth visiting.

Karma Traders is a hostel a few kilometers outside Kampot that’s a good option both for staying and eating/drinking. It’s a very social place with theme nights that work well both for partying and chilling out. I stayed there for my three weeks in Kampot and felt it was a very nice choice.

Razorback is a small bar right in the corner of the motorcycle bridge that runs across the river. It didn’t even exist on Google Maps when I visited Kampot. It’s a very nice little spot that’s very relaxing since it’s a bit hidden and has a nice river view.

Riel is Cambodia’s official currency. Strangely, it’s mostly used as change when the U.S. dollar bills need to be broken into cents. U.S. dollar is the currency that all prices are displayed in, which might feel strange in Southeast Asia. The important part is to know your Riel math. 4 000 Riel counts as one dollar (2019).

Cambodia’s prices are definitely on the way up, and some things feel a bit expensive considering it is Southeast Asia. Housing and food can be slightly more expensive than neighboring countries like Vietnam, if you don’t decide to really slum it. However, alcohol is very cheap.

Which time of year should you visit Kampot?

I’m usually the first person to say “screw that it’s rain season and go anyway”, but when it comes to Cambodia it doesn’t apply. We went to Kampot in September and October, which is the height of the rainy season.

Our visit to the island of Koh Rong didn’t become as pleasant, due to the massive amounts of rain. Kampot worked slightly better in the rain, but high season would have been preferable. My recommendation is to go there during the winter months. Seasons in Cambodia are virtually the same as those in Thailand.

Digital nomad and slow travel in Kampot – some last words

During my three weeks in Kampot, I got a pretty good taste of how digital nomad life and slow traveling there would feel like. The main thing stopping me was the lack of decent gyms and that it wasn’t every walkable. I’m pretty sure this might change in time.

Kampot really is a place that make many people stay longer than planned. If you want to stay in Cambodia for a longer time, it’s probably the best choice. It’s definitely a recommended stop for travelers passing through the area on the way to Koh Rong or Sihanoukville as well.

If the visa situation stays as generous as in 2019, it also makes Kampot a place where you can stay for a very long time without dealing with the authorities or leaving the country. 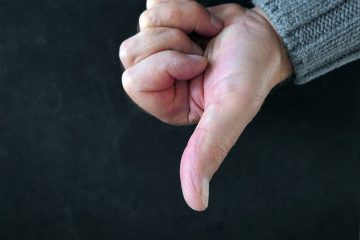 Bad content – how to find it and fix it

Most digital marketing blogs talk about good content, but it’s just as important to talk about bad content. Success is not only achieved by creating new content. You have to keep tabs of your existing Read more…

What is a digital nomad and what do they do?

I am a Swedish digital nomad originally from Stockholm. I’ve spent the majority of 2019 traveling to destinations like United States, Cambodia, Indonesia, Vietnam and Thailand. Covid-19 put a brief halt to this, but I’m Read more… 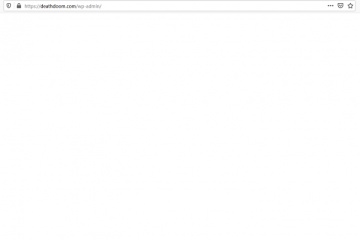